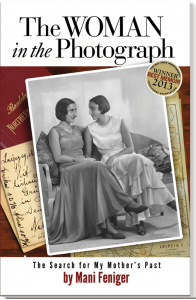 Buy a personal autographed copy
of The Woman in the Photograph
directly from the author.
Cost $10 plus $3 shipping

The Woman in the Photograph

The Search for My Mother’s Past

For decades, Mani Feniger ran from the German-Jewish past that had haunted her stoic mother.
It wasn’t until the fall of the Berlin Wall, and the discovery of a startling photograph, that Mani Feniger began to unearth the secrets and passions of her mother’s former life.

From Berkeley, California to New York City, and finally to Leipzig, Germany, The Woman in the Photograph traces Mani’s twenty-year journey across continents and lifetimes. Her surprising, beautifully written memoir reads like a detective story. It will stir your curiosity and make you wonder about the man or woman in your own photographs and how your life has been influenced by events you know little about. 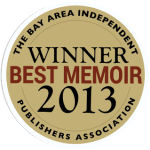 “Mani’s evocative book unfolds like a mystery. The story has a heartbeat as she uncovers the power of secrets. I found myself rooting for her and her mother.”

– Sue Bender, author of Plain and Simple and Everyday Sacred 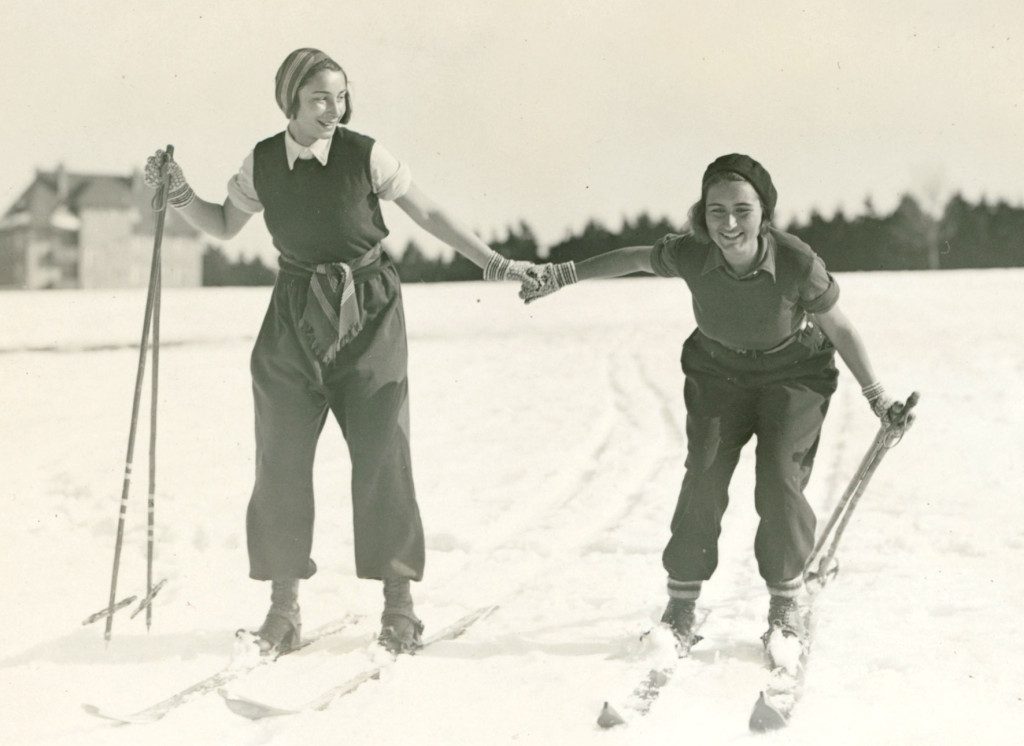 Although I had once steered as far away as I could from my mother’s past, the images of her youth ignited a spark inside me, an urgency to know more about the person who had such a profound effect on my life. Long after her passing, the omissions in her story still haunt me. What happened to her? Why didn’t she tell me? Who is the woman in the photograph?

I stared at each face as though I could squeeze some answer from the picture. Erika and Alice, just teenagers, standing at the head of the table. Aunt Selma with her hands crossed on her ample lap. I imagined she would have fared well in the role she expected, but her kindness couldn’t save her from conditions no one had ever imagined. Were the people who survived more resilient, more resourceful, or just lucky, I wondered. 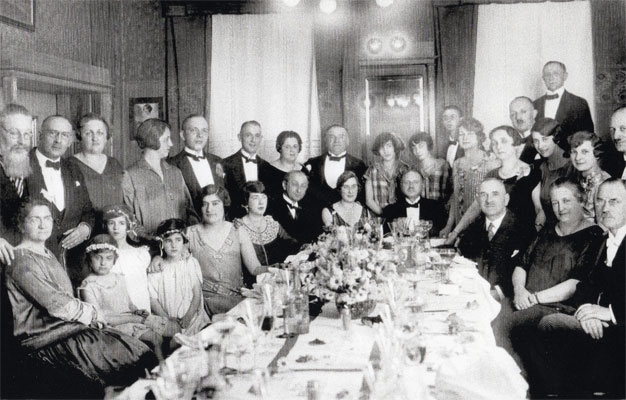 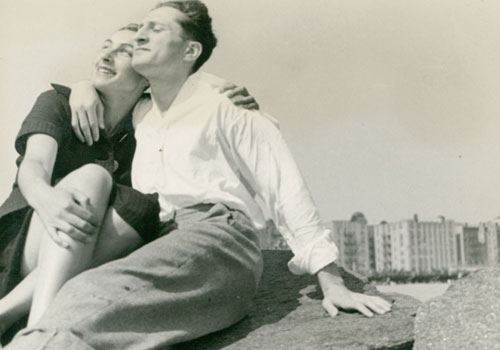 My favorite picture of my parents shows my father, a handsome young man with wavy hair, an open white shirt and trousers rolled up to his knees, reaching out his arm to steady my mother on a rock outcrop over the waves at Coney Island. The ravages of the Nazis tore their close circle of friends apart. The miracle is that they found each other again.

The Woman in the Photograph Trailer

Mani Feniger is available to speak to your community or professional group by arrangement. 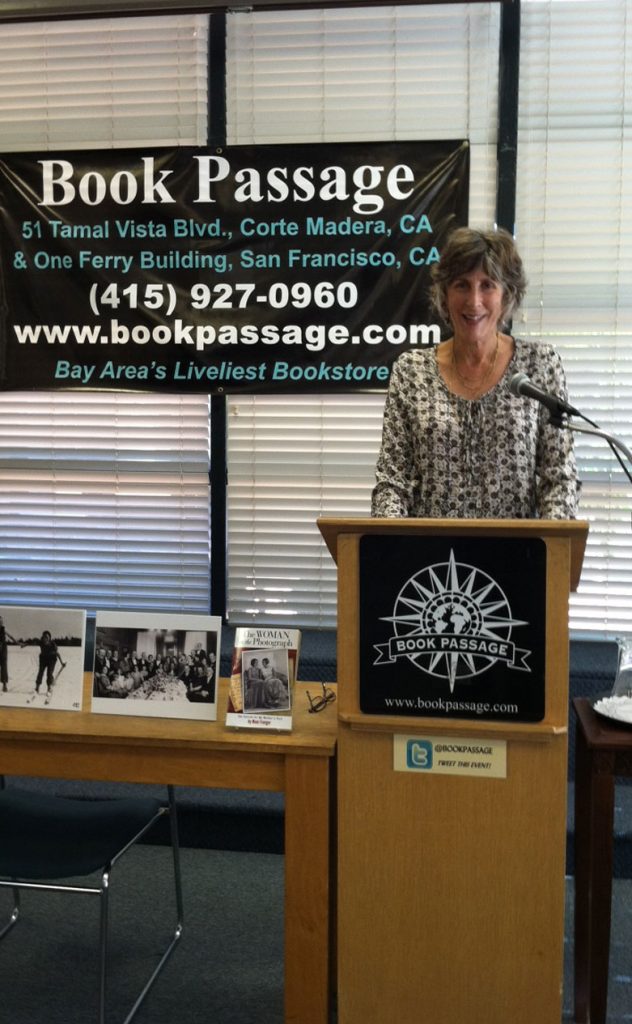 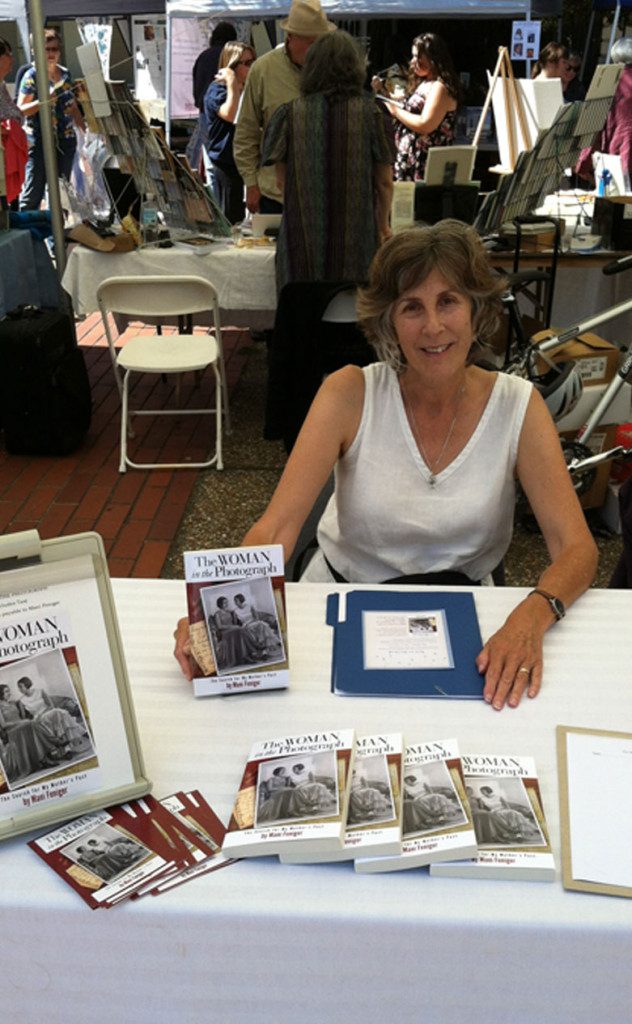 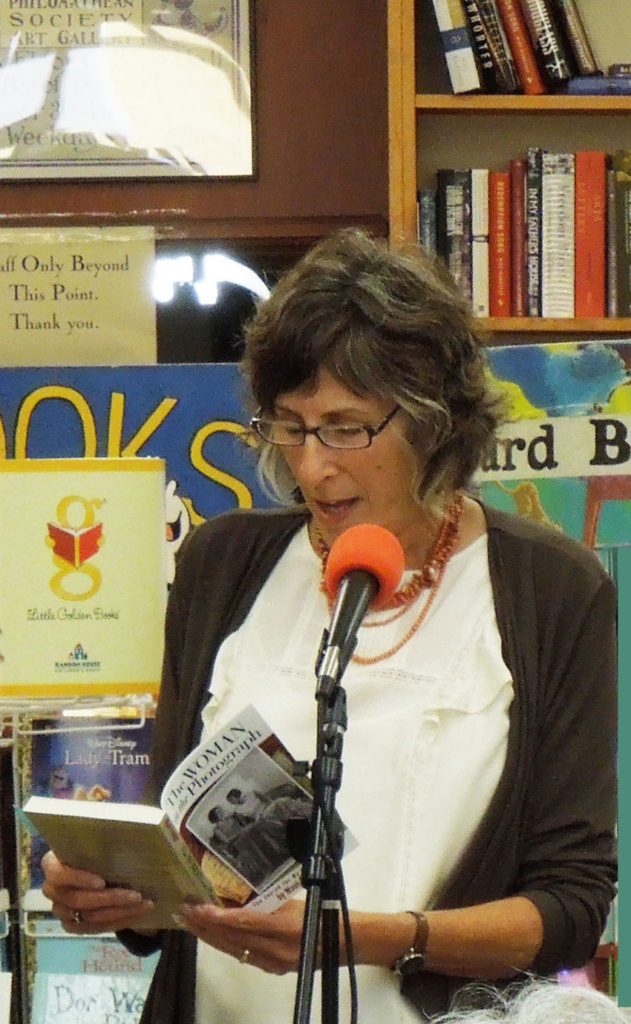