The Woman in the Photograph

The Search for My Mother’s Past 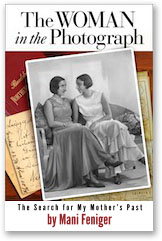 For decades, Mani Feniger ran from the German-Jewish past that had haunted her stoic mother. It wasn’t until the fall of the Berlin Wall, and the discovery of a startling photograph, that Mani Feniger began to unearth the secrets and passions of her mother’s former life. 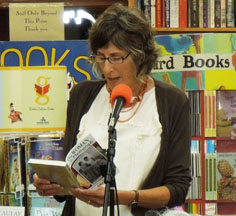 Mani Feniger reading from her book at Pegasus Bookstore in Berkeley.

From Berkeley, California to New York City, and finally to Leipzig, Germany, The Woman in the Photograph traces Mani’s twenty-year journey across continents and lifetimes. Her surprising, beautifully written memoir reads like a detective story. It will stir your curiosity and make you wonder about the man or woman in your own photographs and how your life has been influenced by events you know little about.

This is an eloquent account of a daughter’s transformative journey into the heart of her mother’s hidden life. It will resonate deeply with anyone who has ever wondered about a parent’s untold stories.

– Elizabeth Rosner, author of The Speed of Light and Blue Nude

Mani’s evocative book unfolds like a mystery. The story has a heartbeat as she uncovers the power of secrets. I found myself rooting for her and her mother.

– Sue Bender, author of Plain and Simple and Everyday Sacred

Mani did such an amazing job of transporting me into her mother’s world that I had to remind myself several time that this was not a novel. Thank you for sharing this important historical truth with us.

Excerpt from the Prologue and Photos

. . .I was stunned by the image of my mother, Alice, in a white evening gown. The light from across the room illuminates the soft tiers of silk that drape across her knee, brushing her ankle just above the narrow strap of her tapered shoe. Everything about her is graceful—her carefully shaped eyebrow, the playful curl of her hair against her cheek, her painted lips just on the verge of a smile, and the sparkle of gemstones that circle her throat.

The woman in this photograph is not my mother, I thought. I recognized her proud profile; otherwise she bore little resemblance to the person I had known all my life. . .

. . .My mother never showed me this photograph, taken in Germany in the early 1930s. It was in a dusty envelope my brother found in the back of her closet. Although I had once steered as far away as I could from my mother’s past, the image ignited a spark inside me, an urgency to know more about the person who had such a profound effect on my life. Long after her passing, the omissions in her story still haunt me. What happened to her? Why didn’t she tell me? Who is the woman in the photograph? 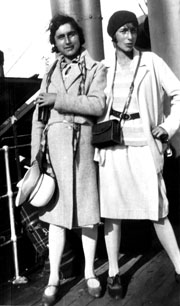 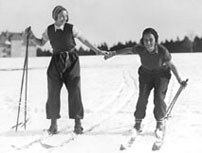 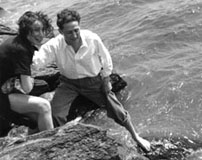 Video “The Enneagram and Vulnerability” 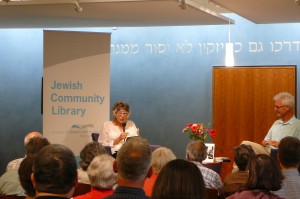 Buy the Woman in the Photograph at:

You may also order THE WOMAN IN THE PHOTOGRAPH from your local bookseller.